Home » GLASS ANIMALS - HOW TO BE A HUMAN BEING (Vinyl LP) 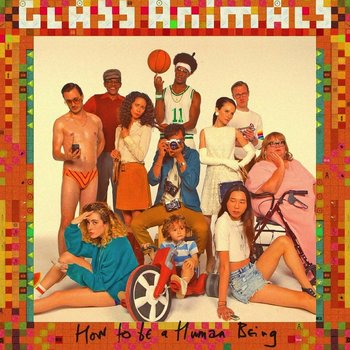 GLASS ANIMALS - HOW TO BE A HUMAN BEING (Vinyl LP)

Glass Animals are an English indie rock band from Oxford. The group released their debut album Zaba in June 2014 as the first release on producer Paul Epworth's label Wolf Tone. Their 2nd outing, ‘How To Be A Human Being’ is a scrapbook of their time spent on the road, gathering memories and perceptions of different types of people from all around the world. Many of lead singer Dave’s lyrical ideas came from live recordings of people saved on his phone, as though he’d been operating as some sort of roaming journalist all this time. Unveiled in mid-May as Annie Mac’s Hottest Record, ‘Life Itself’ has already elevated the band’s sonorous buzz to a whole new level. The track is an immersive, exotic and characteristically off-kilter earworm, reintroducing the band in the wake of their sensational ascent into a force to be reckoned with. Dave makes a point of not listening to his contemporaries when making music, preferring to look inwards to the world Glass Animals have built. In crafting this record, his thoughts returned to one factor he couldn’t even dream of on ‘Zaba’ - the huge live audiences they’d been drawing. “You sense what the crowds react to: big drums, bass, high tempo.” The band have a UK headline tour in October which includes a night at Camden’s Roundhouse.Limited vinyl - Double Vinyl Gatefold Sleeve (with die cut panel, 3 lithograph inserts, lyric sheet & printed inner bags)

8. The Other Side of Paradise

GLASS ANIMALS - HOW TO BE A HUMAN BEING (Vinyl LP).