THE ROLLING STONES - LIVE AT THE PARIS OLYMPIA (Vinyl LP)

The lengthy career of the Rolling Stones divides fairly neatly into three eras, each defined by the identity of their second guitarist. So 1962-1969 is Brian Jones: 1969 – 1974 Mick Taylor and 1975 to date Ronnie Wood. Whilst we have an abundance of good quality live releases from the Taylor and Wood years there are virtually no good quality live recordings from the Jones period. Admittedly there is the Got Live If You Want It EP from 1965 and a selection of BBC Sessions, released in 2017 as On Air: both are welcome but the former is primitively recorded and the latter lacks an enthusiastic audience. So the real value of this record is that it is well-recorded and delivers an accurate representation of the mid-60’s Stones live set delivered to a very vocal and largely female audience. It is simply the most exciting live record of the Brian Jones era yet to emerge.

1 Everybody Needs Somebody To Love

1 Everybody Needs Somebody To Love

3.The Spider And The Fly

5. Hang On Sloopy/Get Off My Cloud 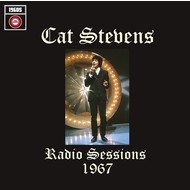