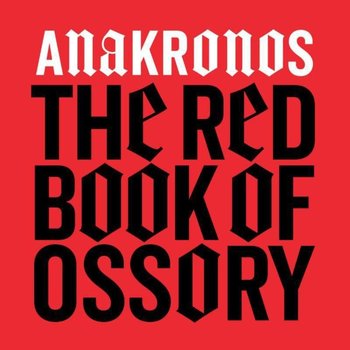 'The Red Book of Ossory' is the debut album from Anakronos, a ground-breaking new ensemble devoted to offering compelling performances of ancient music from an original and modern perspective. 'The Red Book of Ossory' takes its title from the 14th century Irish manuscript of the same name, a collection of texts that includes sixty poems by Richard de Ledrede, Bishop of Ossory, here set to medieval music from England, France, the Netherlands and Italy.

Anakronos is comprised of leading interpreters of medieval music, contemporary classical, traditional and jazz: Caitriona O'Leary, voice, Deirdre O'Leary, clarinets, Nick Roth, saxophones and Francesco Turrisi, keyboards and percussion. Anakronos gave the first performance of The Red Book of Ossory in February 2019 to an SRO audience at the National Concert Hall in Dublin. In April 2020 the group will tour The Red Book of Ossory throughout Ireland.

Fourteenth century Ireland was a time of invasions, war, lawlessness, famine and plague. A time of fear, violence and almost unimaginable mutability. In 1317 Richard de Ledrede - an English Franciscan of the Order of Friars Minor - arrived in Kilkenny as the new Bishop of Ossory (1317 - 1361) and immediately set about challenging the secular authorities and making a name for himself as a zealous moraliser and "scourge of heresy". He was responsible for the famous witchcraft trial of Dame Alice Kyteler, composed a fantastical and nightmarish list of charges against her and others, and caused the first person in recorded history to be burned at the stake for the heresy of witchcraft; Dame Alice's servant, Petronilla de Meath. The Red Book of Ossory was compiled in Kilkenny in the 14th century and is housed there in St Canice's Cathedral. Pre-eminent among the manuscript's texts are sixty remarkable Latin verses by Bishop Richard de Ledrede, who instructed that these lyrics be sung by the priests, clerks and choristers of St Canice's "on the important holidays and at celebrations in order that their throats and mouths, consecrated to God, may not be polluted by songs which are lewd, secular, and associated with revelry, and, since they are trained singers, let them provide themselves with suitable tunes according to what these sets of words require". Accordingly, Caitríona O'Leary the singer and founder of Anakronos, has set de Ledrede's esoteric and imagistic poetry to music from a multitude of medieval sources. O'Leary is recognized as an expert in reconstructing collections of early Irish song and has often found or speculatively reconstructed important historical texts and music. Her edition of The Wexford Carols saw the rediscovery of many of the melodies which were reunited with the texts. 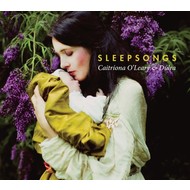 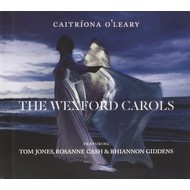