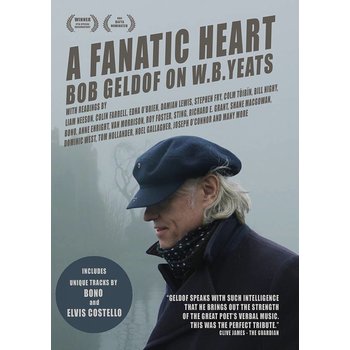 Musician and advocate Bob Geldof examines the life and work of one of the 20th century's greatest poets, William Butler Yeats. A Fanatic Heart is the extraordinary story of revolution, nation-birth, mythology and disillusion and how one poetic genius dreamed and sang an entire country into being from the ravages of poverty and famine and into the raw dawn of a modern state.

With over 30 unique performances of W. B. Yeats' epic poetry by leading Irish and British cultural figures, Geldof argues why Yeats and his circle built the cultural scaffolding of a modern, pluralist Ireland but was pushed aside by the narrow-minded Catholic elite of the new Free State  the "Banana Republic" that Geldof in turn rebelled against half a century later.