Home » ALFREDO MALABELLO - THE TWO OF US (CD) 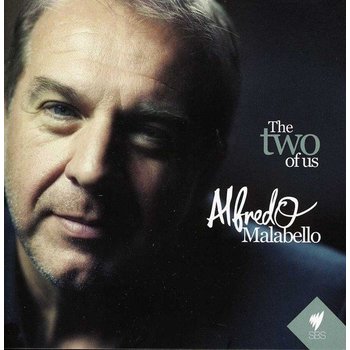 ALFREDO MALABELLO - THE TWO OF US (CD)

Alfredo Malabello is Australia's very own Italian son of song, and with over 30 years experience on stages around the world, has earned himself a reputation as one of Australia's most remarkable live artists. Hot on the heels of his highly successful 2010 debut album Ciao Bella, released after signing a record deal on the day of his 50th birthday, Alfredo returns with a new album the Two of Us. Recorded in Byron Bay with acclaimed producer Paul Wiltshire (Human Nature, Backstreet Boys, Marcia Hines), the Two of US is a warm, tender album that features some of Australia's finest musicians, including a twenty-piece orchestra. Containing eight English compositions and four Italian songs, the Two of US is the perfect album for relaxing and romancing. And as Alfredo promises, "When it's just me and my piano, you get to the real heart of who I am."

Alfredo Malabello The Two Of Us CD

1.  Music To Watch The Girls By

3.  A Heart Needs A Second Chance

6.  You Make Me Feel Brand New