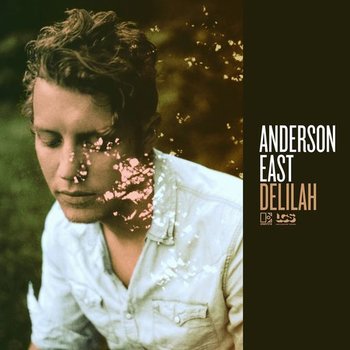 Rolling Stone – ‘2015 Country Music Preview: 20 Reasons to Love This Year’ – “His voice is full of gravely soul, easily tackling both piano ballads and foot-stompers, going head-to-head with a gospel chorus thanks to a killer range and often heart breaking lyrics.”Paste – “It’s one of those 10-song records that’s damned near perfect, traveling through the old, smoky bars of older days and down the twisted back roads of love.”Anderson East releases his debut album, Delilah, on Atlantic Records. In conjunction with this, the Alabama soul, singer-songwriter has also announced his first-ever UK tour taking place in February.East started singing and playing guitar at just 11 years old, and with his grandfather being a Baptist preacher and his mother being the church’s piano player, it’s easy to see where his musical influences lie. Being compared to acts like Alabama Shakes and Paolo Nutini, East has crafted 10 tracks of unadulterated southern soul. From easy-rolling ballads to full blown Stax-style horn enhanced burners, East digs into this material with sweat soaked conviction. His rugged vocals allow him to beg, plead and testify with gospel-styled faith and sincerity against a retro, rootsy R&B that never feels musty or derivative. When a producer like Dave Cobb (Sturgill Simpson, Jason Isbell) takes on a project it’s hard not to stand up and pay attention. Cobb commented - “You don’t hear voices like that everyday. The first time I saw him was at the Bluebird in Nashville—he started to sing and shut the place down. And he had the charm and wit to completely hold the audience in the palm of his hand. When I got the chance to have my imprint, LCS, he was the first person I wanted to sign. When he sings you can hear the soil and landscape of great southern soul in his voice and he’s an amazing writer as well.”

7. What A Woman Wants To Hear