Home » EILEEN GOGAN AND THE INSTRUCTORS - UNDER MOVING SKIES (CD) 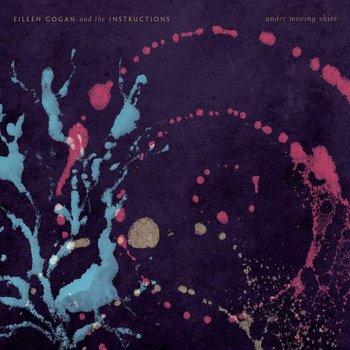 EILEEN GOGAN AND THE INSTRUCTORS - UNDER MOVING SKIES (CD)

Eileen Gogan And the Instructors Under Moving Skies CD

Features guest appearances from Sean O'Hagan (Microdisney, The High Llamas) Cathal Coughlan (Microdisney, Fatima Mansions) Damian O'Neill (The Undertones, That Petrol Emotion) Terry Edwards (Gallon Drunk, Near Jazz Experience) Stephen Ryan (The Stars Of Heaven, The Revenants, The Drays). 'Under Moving Skies' is the second album by Dublin based singer-songwriter Eileen Gogan and features guest appearances from musical luminaries such as Sean O'Hagan, Cathal Coughlan, Damian O'Neill, Terry Edwards and Stephen Ryan. Self-produced by Gogan, the record showcases the skills of this talented artist. The follow-up to the concise and sparkling 'The Spirit Of Oberlin', her acclaimed debut, 'Under Moving Skies' is drawn from a much wider sound palette. Clearly relishing her role at the mixing desk, Gogan has written a collection of songs that take her far beyond previous boundaries. Among eight self-penned songs are acoustic based pop nuggets such as the dreamily wistful 'More Time', the doughty 'I Don't Mind' and the mandolin-adorned 'Yes, Music Does Have The Right To Children', plus ventures into more spatial, widescreen territory with the evocative and eerie 'San Fran 1997', the spectral 'Sweet Alice' and the album's first single,'Don't Let Me Sleep', a classic soul update that drifts into another world mid-song. By contrast, 'Echo' is a suitably bare-boned meditation on a troubled and troubling relationship, while the infectious 'Malibu Stacy' is all lip-gloss and Latin swagger. Adding further variety is a glistening instrumental by Undertones legend Damian O'Neill (who also provides the crackling guitar break on 'Don't Let Me Sleep') and album closer 'Celebration', an a cappella version of a poem by Nuala Ni Dhomhnaill for which Gogan has created a haunting air, providing the perfect showcase for the singer's pure and unaffected singing style. Eileen Gogan's voice has invited comparisons with Sandy Denny and Kirsty MacColl, while her sound - a blend of glistening guitar and vintage keyboards - draws on a range of influences that include Richard and Linda Thompson, Neil Young, Can, Patti Smith, REM and Yo La Tengo. Her first album, 'The Spirit of Oberlin', was recorded with her band The Instructions and released in 2015. It received widespread praise and was performed live at Irish festivals Longitude and Electric Picnic, as well as Dublin venues such as Whelans, The Grand Social and Bello. Outside of her solo work, Gogan has also sung with The Would Be's, The Revenants and The Drays and performed with Microdisney at their 2018-19 reunion concerts in Dublin (National Concert Hall), London (Barbican Centre) and Cork (Cypress Avenue).

2.  Don't Let Me Sleep - Eileen Gogan And The Instructors

3.  Echo - Eileen Gogan And The Instructors

4.  I Don't Mind - Eileen Gogan And The Instructors

8.  Yes Music Does Have The Right To Children - Eileen Gogan And The Instructors

10. Celebration - Eileen Gogan And The Instructors

EILEEN GOGAN AND THE INSTRUCTORS - UNDER MOVING SKIES (CD)...