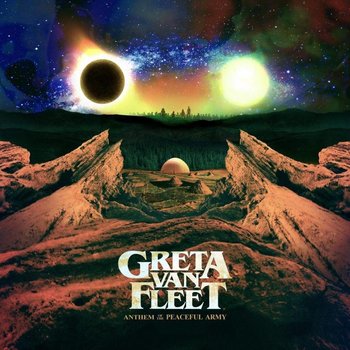 Greta Van Fleet - Jake Kiszka/guitars, Sam Kiszka/bass & keys, Josh Kiszka/vocals, and Danny Wagner/drums - is very proud to announce the upcoming release of the band’s debut album,They’ve also released the epic ‘Watching Over’ to coincide with the announcement. The track draws on the band’s love of classic soul and southern rock to deliver an emotional anthem fit for the stadiums they’ll no doubt soon be playing. Collectively written by all four band members, the ten original songs explore a variety of topics that include fresh starts, love, integrity, innocence, adventure, diversity and peace, the life cycle and its inherent responsibilities, courage, masked deceptions, revolution, and truth. Blending rock, soul and blues, Jake’s blazing guitar riffs, Josh’s soaring, powerful vocals, Danny’s thunderous drums, and Sam’s swaggering baselines and keys create a menagerie of musical elements throughout. The first single from Anthem of the Peaceful Army, “When The Curtain Falls,” arrived at rock radio on August 15 and is already a Top 10 track with more than 10-million stream. The band were also recently selected by Apple Music to be their new ‘Up Next Artist’. 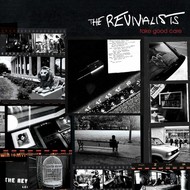