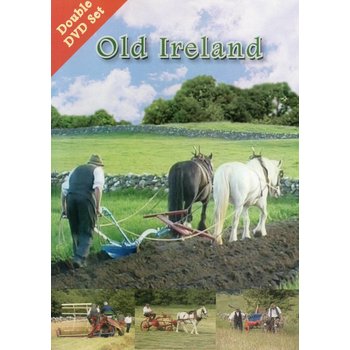 In a nostalgic trip down more than 60 years of memory lane, 'Old Ireland' illuminates the customs and practices in traditional farming life of the 1940s and 1950s.

It documents in evocative detail the transition from loyal horse to modern tractor, a development that would change the landscape of farming forever. Harking back to the day when the meitheal was the greatest of all blessings, it recalls an era when neighbours gathered together to cut the turf and save the hay. This was a time when the completion of the biggest farming tasks called for the liveliest celebrations of the year.

There was the rhythmic cutting of corn with a scythe, reaper and binder, the stacking in the fields, the procession to draw it home and the grand affair of the threshing in the haggard.Old Ireland' depicts the making of a sheepcock and how it was used to feed animals in the winter, and the painstaking work of spraying potatoes manually and with the horse. With the blessing of kind weather, this was followed by the digging for potatoes before the business of preparing animals for the long winter got underway.

Before modern machinery altered the face of farming and the rural way of life, Ireland was a country of the rambling house, a nation of people who gathered around the turf fire to tell stories, sing songs and listen to the sweet sound of Irish music. This pure tradition is revived in Old Ireland with a music session in a thatched cottage in the company of Joe Burke, Ann Conroy Burke, Eileen O'Brien and Tommy Devine.

This DVD captures a rapidly changing Rural Ireland and gives a window into the ways and means of previous farming community’s and how they made a living and thrived. It’s a gem to show the future generations how life was in the 1900’s.

5 stars based on 1 reviews Add your review 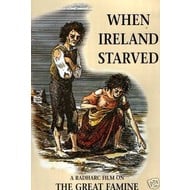 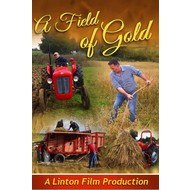 A FIELD OF GOLD (DVD) 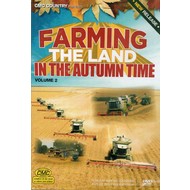 FARMING THE LAND IN THE AUTUMN TIME VOLUME 2 DVD 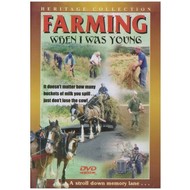 FARMING WHEN I WAS YOUNG (DVD)