Home » SONGS OF THE IRISH WAR OF INDEPENDENCE (2CD SET) 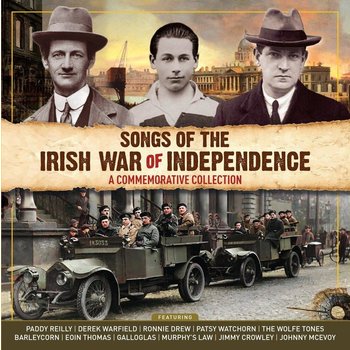 SONGS OF THE IRISH WAR OF INDEPENDENCE (2CD SET)

Article number:
Songs Of The Irish War Of Independence CD
Availability:
In stock

Songs Of The Irish War Of Independence CD

For the 100th anniversary of ‘Bloody Sunday’, Irish people across the globe are looking for ways to connect and commemorate. Not only will some share in moments of silence, but also in prayer and in remembrance, others, will find solace in music and in song.

For those looking to mark ‘Bloody Sunday’ through music, Dolphin Music have put together a double album featuring some of the biggest names in Irish Music commemorating this historic event. The album titled ‘Songs of The Irish War of Independences’ a Commemorative collection, comprises classic tracks by a range of multi-talented artists whose heartfelt lyrics and music will bring people together in remembrance of this never to be forgotten time in history Rebel songs were an integral part of Republicanism at the beginning of the twentieth century and many of the most popular were inspired by events from The War of Independence. Several ballads on this collection remember and pay tribute to many Rebel heroes including Tomas MacCurtin, Terence McSweeney, Dan Breen and Kevin Barry. Other pivotal events during this revolutionary period are also recalled including the Burning of Cork City, Bloody Sunday and brutalities of the Black & Tans. This commemorative album also includes famous songs from previous rebellions which also gave expression to the spirit of Irish resistance.

9.  Oh Where Is Our James Connolly? - The Black Family

10. The Boys Of Kilmichael - Jimmy Crowley

11. The Man From Mullingar - The Wolfe Tones

13. The Wind That Shakes The Barley - Anne Byrne

7.  The Board Black Brimmer - Derek Warfield & The Young Wolfe Tones

8.  Shall My Soul Pass Through Old Ireland - Sean Dunphy

11. The Valley Of Knockanure - The Wolfe Tones

12. The Recruiting Sergeant - The Black Brothers

14. A Nation Once Again - Derek Warfield & The Young Wolfe Tones 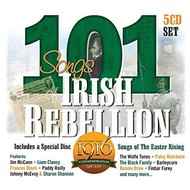 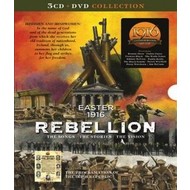 EASTER 1916 REBELLION: THE SONGS - THE STORIES - THE VISION (3 CD & 1 DVD Collection & poster of The Proclamation of The Irish Republic).. ) 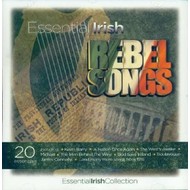 SONGS OF THE IRISH WAR OF INDEPENDENCE (2CD SET)...