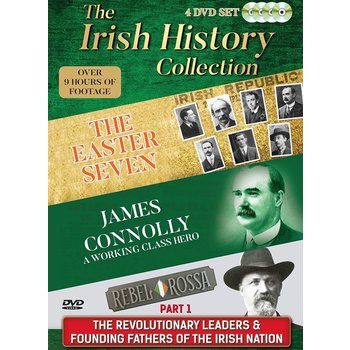 A history of the Easter Rising and the Seven Signatoires of the 1916 Proclamation of the Irish Republic who gave their lives for Ireland. The 1916 Easter Seven, follows the lives of the leaders of the Easter Rising. The DVD is a 7 Part Series with each part individually covering each of the 7 Signatoires. With insight from leading historians and academics it provides a comprehensive history of events surrounding their lives - these are their stories. The DVD was 100% filmed on location in Ireland including historical images and footage of Kilmainham Gaol Dublin.

Is a comprehensive documentary on the life of James Connolly. The film traces Connolly's life from his childhood in the appalling squalor of the Cowgate slums in Edinburgh to the tradegy of his execution in Kilmainham in May 1916. It reveals how Connolly was unique among his comrades, a self taught scholar, a socialist, a Marxist and an outstanding Labour leader of Ireland. Contributors include: Eamon Gilmore, Fintan O'Toole, Francis Devine, Ross Connolly, Owen Dudley Edwards, Professor Fergus A D'arcy and Dick Spring among others. The documentary includes musical contributions from Andy Irvine, Adrian Dunbar, Paul Cleary & Jimmy Kelly. Also features musical contribution from Christy Moore. International film star Colm Meaney reads from Connolly's work & letters.

Jermiah O'Donovan Rossa was one of the most controversial figures in Irish history. He was a committed Irish Republican who saw his father die in the Famine, endured tortuous years in English prisons and was exiled to the United States where he continued to relentlessly - and violently - campaign for Irish Independence. His funeral in 1915 lit the fuse of the revolution that resulted in the Easter Rising of 1916. This DVD includes bonus features never seen before including an interview with Gerry Adams, Padraig Pearse Oration Reenactment, Visit to Belfast O'Donovan Rossa Gaelic Athletic Association, "Secret Museum Tour"... plus much more. 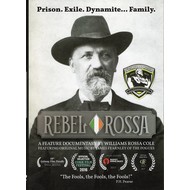 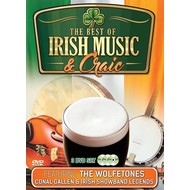